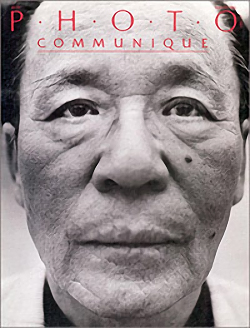 
Frederick Sommer is by now firmly established as a legendary figure in twentieth century photography, yet his work is neither widely known nor widely understood. He is usually identified in terms of one or another group of images — the desert landscapes, the collages and constructions, the images of amputation or death, the smoke on glass and cut paper abstractions — which tend to elicit strong feelings of admiration or antipathy. A Sommer photograph is not easy to forget once it has been seen, but not that many have been seen: few people can claim familiarity with the totality of Sommer’s output in the various forms he has explored. As a result, there is a lack of real comprehension of his imagery even though Sommer himself is greatly respected.

In some ways Sommer has contributed to this situation. He has printed little, exhibited infrequently and has not encouraged publication of a large body of work or a major monograph until very recently. In 1968 the Philadelphia College of Art published an exhibition catalogue and in 1980 two exhibitions marked Sommer’s seventy-fifth birthday. Each of the 1980 exhibitions was accompanied by a catalogue: Frederick Sommer at Seventy-Five, edited by Jane Bledsoe and Constance Glenn, accompanied an exhibit in Long Beach, California; and Venus, Jupiter & Mars, edited by John Weiss, was published in conjunction with a Sommer exhibit at the Delaware Art Museum. The 1968 catalogue is hard to find; the latter two publications helped make Sommer’s work less inaccessible, but neither could be considered definitive. Finally, with the release of Sommer: Words/Images, published by the Center for Creative Photography at the University of Arizona and distributed by the University of Arizona Press, Sommer has put his work into a form that does it justice.

In the words of James Enyeart, Director of the Center for Creative Photography, “This two-volume set of works of art and writings by Frederick Sommer is the first of a number of books to be published by the Center for Creative Photography that are devoted to an artist’s integral participation in the content and design. These books reinforce the concept that books as visual instruments can be as meaningful as conventional monographs and that by allowing artists to speak directly through a book format of their own creation, we learn more than is printed on the page.” Some might question the notion of learning more than is printed on the page, but otherwise Enyeart is not exaggerating — Sommer: Words/Images is a visual instrument of the best sort. Quality, design, materials and reproductions are excellent; the book is a pleasure to hold, to look at and to read; and the contents will be of great value to anyone interested in Sommer as artist and thinker.

The Images volume contains seventy-nine re-productions of photographs, musical scores and drawings made between 1939 and 1981, and it well represents the many facets of Sommer’s visual work. The images are not sequenced chronologically or by category, but rather are linked by idea and by visual or symbolic relation. The cross-relationships thus established suggest a different way of thinking about Sommer: since he was responsible for the sequencing, the reader can assume he wanted people to reexamine their notions of what this work is really about. In this context, interesting conclusions can be drawn and the complexities of his imagery take on different meanings.

The placement and order of the reproductions lead to the inference that Sommer’s work is fundamentally concerned with the gesture and structure of line and form, the meaning of tone and texture and the experience of art. It is true that the desert landscapes are literal; the collages are symbolic, with many references to literature and mythology; the constructions are surrealist; and the cut paper works are essentially examinations of action (making) and stasis (looking). And it is equally true that the influences of cubism, futurism, dada and modernism can be seen in the work, as can the results of Sommer’s study of architecture, music and literature. But more important are his basic principles, which Sommer explains in Words and relays visually in Images.

An untitled landscape (1943) is paired with “Venus, Jupiter, and Mars” (1949): these vastly different images share many similarities of structure and organization, and of texture, movement and tonality. “Virgin and Child with St. Anne and the Infant St. John” (1966) is placed opposite a cut paper abstraction from 1971: at first glance one image is narrative, mythic and symbolic; the other abstract, linear and textural; yet in fact they are organized in ways that are startlingly alike. “The Thief Greater Than His Loot” (1955) is shown opposite “Chicken” (1939), and the photographs augment and echo each other despite strong dissimilarities in subject and meaning. The photograph “Colorado River Landscape” (1942) turns out to be as much about line and texture as about landscape, as we see from its conjunction with “Drawing on Foil” (1981). A nude (untitled) is paired with a study of chicken parts (Plates 60 and 61), and the meaning of each image is radically altered by a perception of similar visual elements.

There are many other examples — the sequencing of this book is remarkable — but the point should be clear: this work needs to be seen as representing a coherent set of visual ideas, not as a collection of separate explorations related only by theme. These visual ideas are rooted in a philosophical concern with logic and structure, which Sommer sees as essential to meaning in all forms of art. These same ideas reflect a practical concern with photographic materials which readily accept any input that modulates light and which, ultimately, differentiate by tone value rather than subject matter.

In the essay Art and Aesthetics (1982) Sommer states: “Art is the oldest and richest inventory of man’s perception and comprehension of nature. It is the poetic image of what man has felt the universe to be…. ” He builds on this idea in Poetry and Logic (1980-1983):

Art and nature are not arbitrary.

Art and Mathematics are
the speculative perception
of pictorial logic….

And having dealt with art and nature, art and mathematics and art and photography, he proceeds to deal with more abstract visual issues in The Poetic Logic of Art and Aesthetics (1972) which, although written earlier, is sequenced after the above quotations:

Position is the prime element of form and from
position are derived all aspects of structure and form.

… As image, content and structure are one…. When feeling is lucid, structure is art.

While this writing is pithy and dogmatic, it points to an attitude and a set of working principles which are very interesting. When Sommer writes about himself and his creative methods (“A Talk Given at the Art Institute of Chicago,” October 1970, revised June 1983), he makes it evident that these principles operate actively in his working process, and that there is a definite relationship between the various aspects of his work, regardless of the medium or content of a given image.

So Sommer: Words/Images serves two functions: it presents a significant cross section of the artist’s work, and it also sets forth his ideas in a clear, logical way. The reader is compelled to think about the interconnectedness of all elements of Sommer’s output, and is rewarded with a better understanding of this output than could be had by looking at small groups of reproductions in many separate sources. It would be difficult to spend any amount of time with this book and not experience a deepened appreciation for Sommer. As a technician he is without peer; as an image maker he has explored the possibilities of photography in amazing depth, creating works of a complexity and an intensity that eclipse most of the photography done in the last four decades. There are some exceptions — the soft-focus nudes seem peculiar and insipid and some of the drawings lack force and direction — but in general Sommer’s reputation is justified. Jonathan Green, writing about Sommer in American Photography: A Critical History, 1945 to the Present (pp. 73-74), makes the following observations (liberally supported by quotations from other sources; the emphasis is my own):

These images were more darkly and perversely psychological than White’s; more fiercely mythic and inventive than Callahan’s; more assiduously concerned with mortal corruption than Siskind’s…. “In a world of disturbing images,” Henry Holmes Smith wrote, “the general body of photography is bland, dealing complacently with nature and treating our preconceptions as insights. Strange, private worlds rarely slip past our guard…. Sommer has elected to show us some things we may have over-looked…. Sommer charges an ironic or absurd artifact… with the force of an ancient idea.” White wrote: “Sommer makes no concessions to the casual observer…. He contemplates his fragments until they are the intimates of his living mind…. ” And Jonathan Williams summed it all up: “With Sommer we enter the world of the incredible…. This is simply what happens when the eye is free to see….”