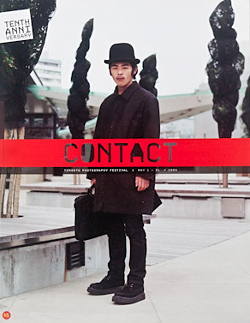 
Even an experienced marathon runner might take pause before setting out to view every image in the Black Star Collection: placed end to end, the prints, 291,049 in number, cover a distance of just over forty-six miles. Most of them, nearly a quarter million, are 8”x10” black and white enlargements, carefully made on double-weight paper. In their totality, they describe the personalities, events and conflicts of the twentieth century, from before World War I to Vietnam and beyond, forming a repository of collective global memory.

The Collection originated with approximately 5,000 prints from the Berlin-based Mauritius picture agency, which served the European picture magazines and markets of the Weimar era. These prints were brought to New York in 1935 by the agency’s owner, Ernest Mayer, when he fled Nazi Germany; with two fellow émigrés, Kurt Kornfeld and Kurt Safranski, he established Black Star that year. In 1936, with the founding of Life magazine, one of Black Star’s earliest and most significant clients, the collection began to grow rapidly, reaching its present size more than a half-century later. When picture magazines decreased in number, and as clients shifted first to colour, and then digital imagery, the black and white component of the agency’s operations found itself in less commercial demand. At the same time, however, it was assuming increasing importance as an historical archive and visual record, as well as a collection possessing an unanticipated artistic significance.

The Black Star holdings include the work of more than 1,200 different image-makers, many of them acknowledged as individuals who helped define picture journalism as it evolved throughout the twentieth century. Working collaboratively with the founders and editors of weekly magazines that included Life, Look and The Saturday Evening Post, these photographers established the norms of the published photo-essay. Roman Vishniac, Philippe Halsman, and Fritz Goro; Marion Post Wolcott, Andreas Feininger, and W. Eugene Smith; Dennis Brack, Flip Schulke, and Charles Moore are among the better known of these.

There is also work by photographers whose careers prefigure the emergence of photography as a contemporary art form: Laszlo Moholy-Nagy, Bill Brandt, Mario Giacomelli, Steve Schapiro and Bill Burke fall into this category. A common characteristic of all this work is its immediacy, which reflects a kind of social engagement that is increasingly rare in the reportage of today, which often relies on the deliberate use of shock.

The Black Star Collection came to Ryerson University in 2005. The University has been entrusted with preserving these photographs, making them accessible through exhibitions and publication, as source material for researchers and academic study. To this end, a gallery and research centre will be constructed on the Ryerson campus. Exhibitions such as the current one, of which two are planned annually until the gallery is in place on campus, provide a glimpse of the holdings through digital output and printing technologies.

What the collection records globally, and what this record signifies—for the city and the nation as well as the University—is interesting on several levels. For those who remember events recorded in the pictures, the Collection serves to confirm these memories, and to provide source material of inestimable value.

The rise of Hitler, the appearance of Mao in China, Mackenzie King, Roosevelt and Churchill; the exiled Dalai Lama; Nixon and Krushchev; Lumumba in Africa, Nehru in India; early images of Cheney and Rumsfeld, Ariel Sharon and Fidel Castro, Charles Manson, and O.J. Simpson; Trudeau and René Levesque; Teresa Stratas, Glenn Gould; Expo 67 and the Montreal Olympics; Margaret Mead; Merce Cunningham, Martha Graham; Truman Capote, Andy Warhol, Miles Davis; Arthur Miller and Marilyn Monroe; the young Cassius Clay, now Mohammed Ali; the Inuit community in Baker Lake—all these characters and situations appear, as if assembled by Dickens or Joyce, as if imagined by Orwell, Beckett, or Robert Penn Warren. An immense drama is presented in these pictures, all with the clarity of the camera lens, the veracity of the optical enlargement, and the immediacy of the hand camera.

For those who do not remember the events described by the Black Star pictures, and for those in future generations, they provide an engaging document of social change and social struggle, and a moral lesson of no small significance. The Kennedy and Johnson presidencies in America are often seen as a time of great idealism and accomplishment standing in stark contrast to racial violence, political assassination, and a pointless war; and the photographs bear this out, particularly the photographs of the Civil Rights Movement. Martin Luther King, Jr. was described by Anthony Lewis in this way:

We have had nothing like it in this country in living memory: a commanding moral voice, attached to no political party or public office, that moved governments and changed social institutions… In little more than a dozen years— from December 5, 1955, when he set the Montgomery bus boycott on its way, to April 4, 1968, when he was murdered—he changed the face of America.[1]

The Civil Rights photographs show King, who he was, the events that surrounded him, the way he was treated, and what he accomplished; they also show the public arena in which the Civil Rights drama played out, as well as the sordid, hidden details, unnamed perpetrators and victims, and some of the out-of-sight crimes. Without the complete media record of these years, of which the Black Star archive is a significant part, the full story of this movement and its aspirations could not be passed on. Whatever the specifics, people will need to remember this drama, and keeping the photographs of it accessible and in public view is an essential part of this endeavour.