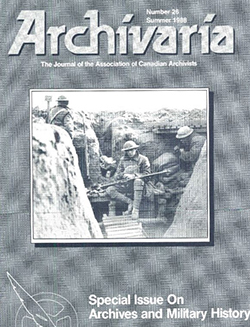 In the Shadow of the Herdsman: A Masque in Our Time
Michael Schreier
Schreier Publishing, Gloucester, Ontario

In June of 1984, Michael Schreier photographed the Liberal Party Leadership Convention in Ottawa. In his preface to In the Shadow of the Herdsman: A Masque in Our Time, the book that resulted from this project, he described his purpose as follows:

I would photograph the preparation of the Hall
the introduction of the players…
the transfer of the rose,
…this masque in our time.
I would focus on the non-event,
to understand its importance,
to acknowledge that most crucial of all rituals,
the search and crowning of a leader.

We are so accustomed to thinking of political events in the context of conventional media treatment that Schreier’s handling of this assembly in allegorical terms will come as a surprise and a revelation. In the Shadow of the Herdsman is a truly unusual glimpse of the workings of a leadership convention; the structure of the book challenges all of our accepted notions about the ways photographs describe situations and convey information. All the narrative devices so dear to the media are avoided: events are simply photographed, and the photographs, uncaptioned, are visually structured into a mosaic of some seventy-six pages. Aside from the preface, there are only twelve lines of commentary. There are no names, page numbers, descriptions, analyses, summaries, predictions, or editorials; the viewer is never told what to think, feel, believe, endorse or reject; the photographs are simply there, in a very sophisticated visual pattern, and the viewer becomes his own guide. This approach is anathema to television, unknown in the news magazines, and exceptional in book publishing. Schreier is not concerned with time, place, or person, but rather with a larger drama and a more complex set of symbols:

There is a specific relationship between the hero and his audience;
the hero is the crowd, the crowd the hero.
Within this reciprocal relationship
the tension established is the ritual….

The sacred and the profane are interrelated.
In the establishment of an assumed morality and ethic
the hero becomes the model for the crowd….

We are all members in the play,
each connected….

We are all searching for our own rite of passage
in the shadow of the Herdsman.

Imagine, if you can, a television commentator speaking like this, followed by hours of silent images! In the Shadow of the Herdsman takes an extreme risk, but ultimately the book is convincing and even fascinating. Schreier has photographed the activities of the convention completely and clearly, but he has eliminated narration. The documentary style he has adopted, in combination with the use of electronic flash and the printing of each image full-frame, with black borders visible, leaves no doubt about the actuality of events or the veracity of the images; but the emphasis is always on the broader implications of this human drama, implications which need no narrative accompaniment. The book is experienced visually and kinetically, and the visual structure, with varying and recurring motifs formed by the ways photographs are laid out across pages or groups of pages, is itself the narrative. The book “reads” both as a continuous whole and as a series of component fragments, making the fragmentation of time another aspect of the drama.

Michael Schreier has built a considerable reputation as a photographer whose work constantly scrutinizes and often transcends normative modes of photographic seeing. Particularly in his unconventional uses of materials (the in-camera Cibachrome images, for example), he has gone beyond many generally-held ideas about how we make and look at photographic images. In the Shadow of the Herdsman goes beyond the conventional in its concept, its visual approach and structure, its dramatic emphasis, and its impact on the viewer. The book will frustrate the person looking for clear history, but it will reward the viewer who can appreciate its basic premise: that the ways people behave at political conventions have a universal symbolism, one that extends past the specifics of any particular event, but which is understandable – visually – only in terms of those specifics. What the book celebrates is not who was chosen at this convention, but the process of choosing, and what this process can mean.