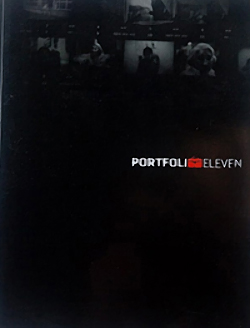 
When the 150th anniversary of photography was celebrated in 1989, historians had a clear sense of how the medium had developed, but few predicted the transformation it was about to undergo.

Two decades later, this transformation is still a surprising one. The course that generated this book – NPF 548, Movements and Issues in Contemporary Photography – was proposed in response to that sense of surprise. For the past several years, it has been offered as a workshop in which to explore new directions and new practices in photographic picture-making. Course participants are asked to create new images, and to establish a critical context for these images through individual writing.

This year, the class looked at the ways in which photography is reinventing itself while simultaneously referring back to its origins, traditions and methods. A number of creative tensions were examined in relation to this dualism: new visions of the real in a medium which claimed reality as its point of departure; extended forms and image groupings supplanting a prior emphasis on single images or narrative constructs; tableaux, assemblies, hybrids and interactive displays extending the familiar forms of print, sequence, exhibit and book; and a new stylistic and conceptual freedom struggling against an increased level of self-reflexivity as photography simultaneously broke away from, yet continually re-appropriated, its own forms.

Portfolio One was the title given to the first finished collection of images done in the course. The “Portfolio” title and the tradition of numbering have both been kept, but the project has taken on a new form as a book and as a web publication. Portfolio Eleven is published here as a book of some 335 pages, and was also available on the web, with an expanded image selection, for a limited time during the 2009-2010 academic year.

The book is produced and printed in a limited edition. One copy is provided to each student and two copies go the School of Image Arts and to Special Collections at the Ryerson Library, thus forming part of the university’s archive. This archive, including the entire series of projects for the class, will be housed in the new Ryerson Gallery and Research Centre when it opens, and will be permanently accessible to researchers and students.

Many people spent long hours seeing the project through from inception to completion, and everyone in the class contributed original imagery and writing. The book would not exist without the effort and commitment of all 64 class members, nor would it have been possible without the production work contributed by Jennifer Cronin, Vanessa Phillips and everyone who shared in the design and editing process. Appreciation and sincere thanks are extended to all who participated.