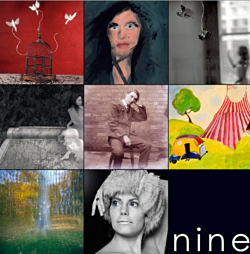 
NPF 548, Movements and Issues in Contemporary Photography, is offered annually as an upper-level elective course in the School of Image Arts at Ryerson University.

For the past decade the course has been taught as an ideas workshop about new directions in photographic practice. Topics vary each year. In the fall of 2007, these included the multiple and overlapping media zones in which photography is practiced, the continual variability of new ways of representing information, the changing relationships between process and meaning, and new trends in reportage and social investigation. The course was augmented with guest lectures, and concluded with a brief look at image networks, web-based imagery, and the inversion of public and private forms of address. Out of all this came the ideas for the work in this book.

Students began to create work in response to issues explored during the course as early as 1997-98, and they also developed critical writing projects to contextualize the images they produced. In the spring of that year, an experimental publication, Images and Ideas, was generated by class members, and the editorial team that produced this book went on to found Function, the School’s annual showcase of student work.

Portfolio One, the first in a series of limited-edition portfolios containing original work and artist statements, was designed and produced in the fall of 1998. This project established a tradition which this year has taken on a new identity: for the first time, the class is publishing a five-chapter digital book, while maintaining the idea of a portfolio of student work and the concept of a limited edition. Each participant designed a personal project and wrote an accompanying Artist Statement; the images and writing together represent the collective class response to topics discussed during the term.

Each book is produced in a limited edition, one copy for each student and one copy to become part of the School’s archive of student work. All production work, including design, sequencing, text editing, digital pages and web layout, is done by class members. Production and digital output were supervised by Amanda Kwok and Elisa Schwalm; design work was contributed by Rachael Grice and Rekha Ramachandran, and Stefanie Fiore wrote the introductory essay. Megan Anderson, Katie O’Marra and Jennifer Tiffin completed the text editing; Ryan van der Hout and Tanya Ross assisted with production, and Andra Pribo and Christopher Smith contributed work on the book’s website and digital image management.

Many thanks to Photobook Canada for their assistance, encouragement, and production work on the final project.