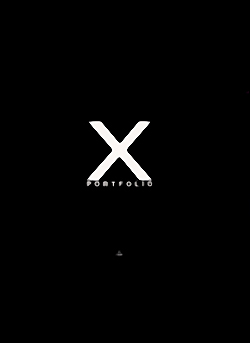 
NPF 548, Movements and Issues in Contemporary Photography, is offered annually as an upper-level elective course in the School of Image Arts at Ryerson University. For the past decade, the course has been taught as an ideas workshop about contemporary photographic practice, with new topics arising each year. For the 2008 iteration of the course, the class looked at the varied ways in which photography is reinventing itself, while simultaneously revisiting its roots and traditions.

Out of this investigation a number of themes emerged: new visions of the real, extended forms and image clusters, narrative and quasi-narrative statements, staged images and dramatic tableaux, an expanded range of image concepts and zones of practice, new image tools for investigation of both the visible and the unseen worlds, and a new freedom in terms of subject, approach and range of personal expression.

Portfolio One was the first in a series of limited-edition portfolios containing original work and artist statements; it was designed and produced in the fall of 1998. This established a tradition which has now taken on a new identity as a book project, while maintaining the idea of a portfolio approach and the production values of a custom-designed work. Each participant undertook a personal exploration and wrote an accompanying Artist Statement; the images and writing together represent the collective class response to topics discussed during the term.

The book is produced in a limited edition, one copy for each student and one copy to become part of the School’s permanent collection. All production work, including design, sequencing, text editing, digital pages and web layout, was done by class members, with particular thanks to Shane O’Neill and Diana Brucculieri for project leadership. The work was on display in the Image Arts Gallery at the start of the winter 2009 term and will also be available on the web at www.imagearts.ryerson.ca/portfolioten for the remainder of the year.

In March of 2009, this Portfolio was presented in a workshop/panel discussion at the Society for Photographic Education’s annual Conference, the first such public showing in the project’s history.