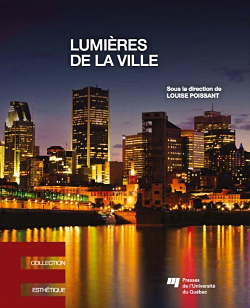 2013 – The Technical Image and the Radiant City

In his nine-part essay, Towards a Philosophy of Photography (1983), the Czech philosopher Vilém Flusser (1920-1991) made the claim that “human civilization has seen two fundamental turning points since its beginnings.”

Images, Flusser stated, “are significant surfaces. In most cases, they signify something ‘out there,’ and are meant to render that thing imaginable for us, by abstracting it, by reducing its four dimensions of space-plus-time to the two dimensions of a plane.”

Flusser defined “technical images” as images produced by what he called “an apparatus”—more specifically, a camera—and later in the same essay he set out further definitions, for, among other things, the “gestures” of photographing, the intentions of the photographer in employing these gestures, and the distribution of photographic images as a new kind of visual discourse. He called for a correspondingly new philosophy of photography, a new system of thought which would provide both maker and viewer with a truly accurate language. He believed this language would reflect the true potential—and enable a deeper understanding—of these new, apparatus-made, technical images and image systems.[i]

This text, with other writings by Flusser, formed the basis for a presentation by the late Prof. Wieslaw Michalak at an earlier conference in this series, The Proliferation of Screens, which took place in Montreal in 2006. The resulting essay, Vilém Flusser and the Philosophy of Technical Images, was published in Proliferation des écrans/of screens, the collection of conference proceedings edited by Louise Poissant and Pierre Tremblay, and the essay does much to outline Michalak’s contextualization of Flusser’s ideas, as well as to clarify Flusser’s relevance for the media of our more recent, post-photographic, time.

During the same years he was intellectually preoccupied with Flusser’s ideas, Michalak was also incorporating them into his own photographic projects. Much of the work he completed between 2004 and 2009 references Flusser, both in spirit and in actuality: these projects are technical images, intentional gestures of investigation and display, gestures realized with a camera: apparatus-driven projections, and renderings on significant surfaces. Moreover, the resulting prints form new significant surfaces, which must be scanned carefully in order to be understood, as per Flusser’s beliefs. Finally, the photographs are also expressions of ideas about light, cities and the nature of photography—images that provide an interesting counterpoint to Flusser’s original text.

Seen in chronological order, Michalak’s portfolios Theory of Narrative, Digital Investigations, Cities in Mind, Imagining Places: The Destruction of Space and Back in Lodz present, in addition to visual meditations on the concept of the technical image, a fully-articulated set of ideas about the role of light itself in the making of photographs – in particular, the making of photographs which visualize aspects of the city.[ii]

“Only light can provide order,” Michalak stated in an interview from 2010:

A torch in darkness imposes order, simply because you can see … without light, there is no order. Light is first in the Bible and light is the ordering element [of existence]; without it, there cannot be even the idea of order. I make photographs in complete darkness; through the technologies of projection I convey the idea that light provides information. And the very light that I use to illuminate the subject in turn becomes a source of information – so while illumination represents the imposition of order, it can also change what is illuminated… And photography is the perfect medium through which to explore this, as it is independent of time.

The works in Theory of Narrative, from 2004, are built on references to natural light—the light that is the precondition for order and therefore knowledge—and the light of knowledge itself. “I experimented here,” wrote Michalak, “with the dual nature of a book and an image. On the one hand, [a book] is an aesthetic object that can be admired, examined, studied or destroyed; on the other, it is the carrier of a collective memory: knowledge stored as linear narrative, or a record of a world in a momentary state of suspension, where everything is connected to everything else.”

Digital Investigations, from the following year, continues Michalak’s investigation of book and image, but with significant modifications: the illumination source no longer references natural light, and the physical nature of the book itself is confronted in a more angular, more challenging way. “I have attempted to strip all unnecessary detail from the images,” Michalak said,

in order to leave only the absolute minimum of residual form to hint at content and meaning. The composition intentionally conceals any external point of reference…. I have attempted to reach the point where form would become almost abstract but not quite. Digitally manipulated images were used as a light source and another layer of information…. To act against nature is a fundamental property of the human spirit—the very essence and, perhaps, purpose of culture itself. Pages of a book illuminated by a digital image are as far from nature as we can get.

The transformed roles of image and text—and the human distance from nature referred to above — are further elaborated in Cities in Mind, which occupied Michalak from 2005 onwards. This work has two aspects: it varies and extends the ideas and methods that generated the earlier projects, and it directly addresses the issue of the city as a human construct. “These photographs,” Michalak explained,

represent a metaphorical return to the idea of ‘city landscape’ as a work of art. Satellite images of cities are first transformed into photo-maps. Their dimensions render a precise scale model of the city as seen from above, and the color composition—the light itself—reflects the various land-uses, associated human activities, and land-cover types of what is left of the environment. The images are projected onto a screen created by 19th Century German atlases, an old-fashioned database of knowledge about the world and the layouts of cities.

He continues: “The final images visualize a multidimensional juxtaposition of information spaces; various sources of visual/factual information have been combined to achieve a conceptual and esthetic whole.” And he ends: “I attempted to achieve some kind of balance between information and noise, colour and shape, meaning and randomness, significance and chaos, darkness and light.”[iii]

As if a switch were suddenly turned off, the glowing light boxes of Cities in Mind—[these were works that illuminated ideas of the city, and in turn illuminated the spaces of the galleries in which they were exhibited]—became the glowering prints of Imagining Places: The Destruction of Space, completed the following year. In these works, executed on a much larger scale, satellite images were again projected, this time onto crumpled maps, but the maps float eerily in undefined black space, and the prints absorb light rather than radiating it. The programmatic agenda is similar yet utterly different—these are not cities but places—and the work has distinctly political overtones. Michalak wrote about it as follows: “Globalization implies the destruction of [physical] space; the destruction of maps in these works symbolically conveys an idea of the technological conquest of nature. The layered image sources include old maps, satellite images used for intelligence gathering, reconnaissance images, and photographs taken by the author. Despite the fact that they are all, in one way or another, ‘true’, in the end they represent a highly subjective construction of the sense of place: imaginary places constructed through documentary media.” Included (and the choice of sites tells you something) are Abu Ghraib, the Pentagon, Ground Zero, the Three Gorges Dam, and sites throughout the Middle East, Russia and the Ukraine, and North Korea.

Michalak writes that there are at least four layers of data in these images:

First, the projected images—which were usually softened to force the viewer to move away from the image. The projections are readable from a distance but on a closer inspection become abstract and blurry.

Conversely, the ‘screen’ sharpness becomes more obvious at a much closer distance. There is a tension between the scales and visual properties of these two images.

The third layer is constructed through digital processing of both digital and analogue sources of data. Although the projected images are manipulated—and in some cases created digitally—they were photographed using conventional large-format cameras and film, and then printed using a chromogenic process. Thus the final images are neither digital nor analogue. In fact, they are both simultaneously: the grid of the digital raster is clearly visible on the projected images.

Finally, the fourth layer is the flat surface of the chromogenic print itself. The sense of space and depth are completely illusionary.

This complicated process attempts to construct its own version of truth – the truth bound by the knowledge and raw data contained in the image itself.[iv]

The last project Michalak was able to complete represented another set of transformations. Back in Lodz, from 2009, represented both return and departure. The return, to the city where Michalak grew up (and in another sense, to the country from which he exiled himself) was also a return to photographing the world of objects, places, streets and buildings rather than the world of visualization, projection, data and layering which had so preoccupied him for the previous five years. It was, further, a return to sites that had been obliterated during the Nazi occupation of Poland, as well as to the hand camera rather than the studio camera, with its corresponding lesser ability to shift perspective. And Michalak abandoned light for darkness. The streets of the city are enveloped in night. The daylight illuminating knowledge and books, the projections illuminating great cities, even the data superimposed on maps displaying the follies of empire—all have been replaced with the sour, discontinuous spectra of sodium vapor and mercury vapor lamps, which cast their light into and onto vacant streets. In the end, there is neither light nor illumination, both are gone—as are people, cultures and buildings—only darkness and memory remain

[i] http://www.altx.com/remix.fall.2008/flusser.pdf is the source Michalak forwarded to the author.

[ii] All works are chromogenic prints except Cities in Mind, which was produced as a series of transparencies on light boxes.

[iv] From exhibition statement provided by Michalak, written to accompany “Imagining Places: The Destruction of Space” at the IMA Gallery, Toronto, April-May, 2006.

This essay is in memory of Dr. Wieslaw Michalak (1955-2012), Professor in the School of Image Arts at Ryerson University.

Originally a faculty member in the Department of Geography at Ryerson, he had a ten-year affiliation with the School of Image Arts, where he eventually became a full-time faculty member, transferring to Image Arts in 2007. He had an academic background that included undergraduate and master’s degrees in Philosophy as well as a PhD in Spatial Analysis, and he was known for a wide-ranging intellect and an innovative, interdisciplinary approach to teaching. Michalak was a prolific visual artist, working in computer graphics, film and video as well as digital imaging and traditional film-based analog photography.

In the School of Image Arts, he taught New Media and Photography Studies, and pursued an active career as an exhibiting artist: his work has been exhibited in Canada, the United States, Poland, Germany, France and the UK, and his film, “Attention: Light!”—a realization of a project envisioned by Paul Sharits, completed in collaboration with Polish filmmaker Josef Robakowski—has screened at Lincoln Center in New York as well as the National Gallery of Art in Washington, DC and at Le Fresnoy, Studio national des arts contemporains, in France.

Michalak served as Program Director of the MFA program in Documentary Media from 2007-2009.